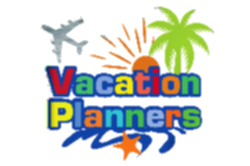 History
The earliest reference to this island as the Pearl of the Indian Ocean came in the Indian manuscript called “Skanda Puranaya”
Then it was also referred to in the “Ramayanaya” that came several centuries later
According to the “Ramayanaya” Sri Lanka was the home land of the dominant king “Ravana”
Ancient astronomers believed that the equinoctial point of the universe was positioned in “Sri Lanka Puraya” then capital of this country.
In the first ever known world map created by Egyptian Claudius Ptolamy in 140 AC, this land was referred to as “Taprobane”
Arab geographer called Edris later described this island as “Serenada” & “Serendib” in his world map
Later this island came to be known as “Ceylan”, “Selan” and most popularly as CEYLON…!!

Languages
Sinhala (official and national language) 74%, Tamil (national language) 18%, other 8%
Note: English, spoken competently by about 10% of the population, is commonly used by the government and is referred to as the link language in the constitution

International Dialing +94
Electricity 230 – 240 volts, 50 cycles AC. If you travel with a laptop computer bring a stabilizer